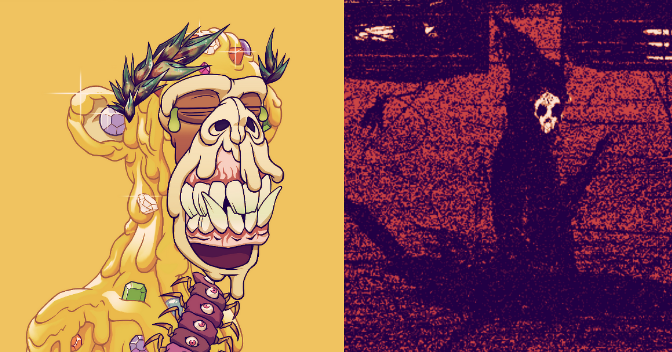 The Bored Ape Yacht Club and XCOPY are the biggest winners as OpenSea notches its best day of trading volume in months.

After a year of explosive growth, the market for NFT collectibles and artwork is showing no signs of slowing down so far in 2022. Ethereum NFT trading volume on leading marketplace OpenSea is soaring in the early days of the year, following the platform’s second-largest month to date in December.

On January 2, OpenSea recorded more than $243 million worth of Ethereum trading volume, according to public blockchain data curated by Dune Analytics. That’s a jump from nearly $170 million on January 1 and $124 million on December 31, 2021.

Sunday’s tally marks the third-best day of trading to date on OpenSea in U.S. dollars, behind the all-time record of nearly $323 million set on August 29, 2021, and $267.5 million the following day. In other words, yesterday was OpenSea’s best day in more than four months, after the August surge gave way to gradually diminishing NFT trading volume into the fall.

Interestingly, OpenSea’s NFT trading volume on Polygon is on the rise. Polygon is a sidechain scaling solution for Ethereum that allows for lower fees and speedier transactions, and OpenSea had a record $76.1 million worth of Polygon NFT trading in December. It’s been three straight months of growth for OpenSea on that stat, per data from Dune Analytics.

An NFT is a blockchain-backed token that serves as a deed of ownership to a digital item. It can represent things like profile pictures, digital illustrations, video clips, and interactive video game items. Ethereum is currently the leading platform for NFT artwork and collectibles, with more than 90% of the market (including sidechains and layer-2s), per data from venture fund

As of mid-December, blockchain analytics platform DappRadar estimated that there had been $22 billion worth of NFT trading volume across all of 2021, rising from about $100 million worth of volume the previous year. Final numbers for 2021 have yet to be released.

The Bored Ape Yacht Club profile picture project has been one of the biggest recent beneficiaries of the NFT boom. Over the last seven days, the Mutant Ape Yacht Club collection has yielded $89 million worth of trading volume, per data from CryptoSlam, with the original Bored Ape collection adding more than $83 million in volume.

Eminem Buys Bored Ape Yacht Club Ethereum NFT for $450KThe legendary Detroit rapper Eminem has aped in to the Bored Ape Yacht Club (BAYC).  He purchased one of the Ethereum-based Apes for 123.45 ETH ($452,000) on Thursday night and has since made …NewsNFTs2 min readKate IrwinDec 31, 2021

Launched last April, the original Bored Ape Yacht Club collection is most valuable with a current price floor—or cheapest available NFT—of 73.5 ETH (about $276,000) on the secondary market. It has even surpassed the influential CryptoPunks project, which has a current price floor of 67.7 ETH (almost $255,000).

However, the later Mutant Ape Yacht Club project has seen larger recent gains in value, with its current price floor of 15 ETH (about $56,500) representing a 119% increase over the last 14 days. The Bored Ape Yacht Club’s floor is up nearly 44% over the same span.

It’s not just Apes on the move, however. Yesterday, a piece of Ethereum digital artwork by the artist XCOPY called “All Time High in the City” sold for 1,630 ETH, or nearly $6.2 million, on the SuperRare marketplace. Last month, via his NFT-collecting Cozomo de’ Medici alias, Snoop Dogg purchased a different XCOPY piece for 1,600 ETH (over $7 million at the time).

Also this week, a Gala Games 3D dragon avatar sold for 10.85 million GALA, or over $5 million at the time of purchase. Meanwhile, a single MekaVerse NFT sold for 500 ETH (over $1.8 million), marking the largest sale to date for the robot-themed profile picture project, which rolled out amid controversy in October.

Leading Ethereum game Axie Infinity has seen a dropoff in trading volume of late. The monster-battling game generated more than $301 million worth of trading volume in December, per data from CryptoSlam, making it the leading project during that span. However, it marked an approximately 60% drop from November’s tally of about $754 million.