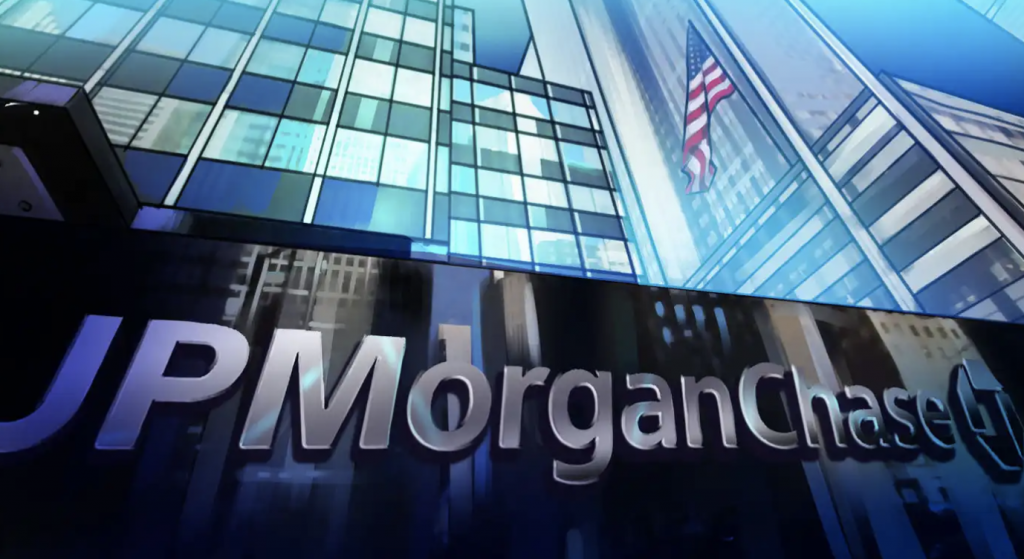 JPMorgan is officially the first major bank in the Metaverse, having opened a virtual lounge in blockchain-based Decentraland in an effort to capitalise on a “$1 Trillion” market opportunity.

The largest bank in the US, JPMorgan, has taken a massive step into the Metaverse, opening a virtual lounge in the popular blockchain-based world Decentraland after it labelled the sector as a “$1 trillion opportunity.”

Visitors to the lounge, situated in Decentraland’s Metajuku mall, are greeted by a roaming tiger and a digital portrait of Jamie Dimon, the CEO of JPMorgan. If players walk upstairs, they can watch an executive’s presentation on the economics of cryptocurrency.

The “onyx lounge”, named after JPMorgan’s in-house blockchain payments system was unveiled alongside a report from the bank, detailing the types of business opportunities companies can expect to find in the Metaverse.

The report states: ”The Metaverse will likely infiltrate every sector in some way in the coming years, with the market opportunity estimated at over $1 trillion in yearly revenues”, while also highlighting that $54 billion is already being spent on virtual goods each year—twice the amount spent buying music.

The report notes the average price of virtual land doubled from $6,000 to $12,000 between June and December last year, and predicts that in-game advertising spending will reach $18.4 billion per annum by 2027.

JPMorgan has identified a rush of individual creators utilizing Web3 to monetize their work in new ways as a driving force behind the new economy being build in the Metaverse.

“This democratic ownership economy coupled with the possibility of interoperability, could unlock immense economic opportunities, whereby digital goods and services are no longer captive to a singular gaming platform or brand.”

Increasing mainstream adoption of the Metaverse is also being driven by interest from massive brands, notes JPMorgan, citing Adidas and Nike’s move to create NFT-based products and shopfronts as well as Samsung opening a Metaverse store as enormous steps forward in adoption.

As if to underline the point, Disney announced this morning that it has officially appointed a new executive, Mike White, to lead its foray into the Metaverse. According to a memo from Disney CEO Bob Chapek, Disney is looking to expand its storytelling prowess to the digital realm. “Today, we have an opportunity to connect those universes and create an entirely new paradigm for how audiences experience and engage with our stories,” said Chapek.

The JPMorgan report wasn’t all positive however.

In a section titled “Navigating hype vs. reality,” the report stated, “Despite much excitement about the possibilities of the Metaverse, in order to enable its full potential for engagement, community building, self-expression and commerce, key areas need to be further developed and matured,” pointing to flaws in the overall user experience, poor performance of avatars, as well as difficulties with commercial infrastructure.